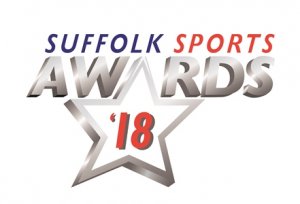 The Suffolk Sports Awards celebrates sporting talent across Suffolk and recognises those who work tirelessly behind the scenes for the love of their sport.

The 2018 prize- giving ceremony took place on Friday 16th November at Milsoms Kesgrave Hall following a drinks and canape reception and a number of individuals and groups were honoured for their sporting achievements during the last year. Over 200 guests attended from clubs, schools, local authorities, charities and other organisations.

A total of 10 awards were presented on the night, including two special industry-voted awards: the Lifetime Achievement Award and the Elena Baltacha Award.

The results of the Suffolk Sports Awards 2018 were as follows: