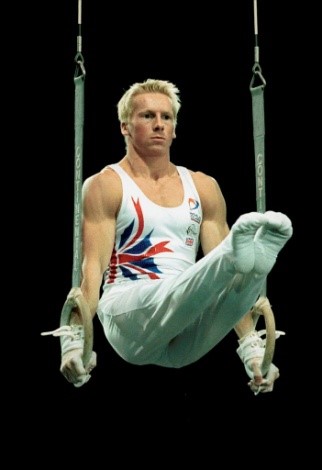 Due to the coronavirus pandemic, the annual PE and School Sport conference was cancelled and the children and young persons team at Active Suffolk have worked hard to develop plans to ensure they can continue to support Primary Schools. The launch of our first in a series of free PE learning events is being delivered via zoom this Thursday.

In addition to a workshop being delivered by Teach Active at this weeks session, the team are also excited to announce that Craig Heap will be introducing the online learning event.

Craig Heap is a retired artistic gymnast who achieved national and international success at the highest level. Craig's parents introduced him to gymnastics at the age of 9, hoping that he would burn off some energy and become less hyperactive. By the age of 13 he was already competing with the British Junior Team. His progression continued and, at 21, Craig left home to start full-time training. Being able to commit to training 100% had an immediate effect on both Craig's confidence and ability. The 1998 Commonwealth Games saw Craig become the first person to captain England to team gold, a feat which he repeated in 2002. Whilst in Sydney, Craig realised his dream of competing in the 2000 Olympic Games where he accomplished his personal best performance as the only male representative for GB.

Craig's success was not easily achieved and there were times when he considered quitting. After failing to qualify for consecutive Commonwealth and Olympic Games, Craig's confidence took a blow, but this only made him more determined to succeed. Thirteen operations throughout his career also failed to stop him persevering, and succeeding, in his sport.

Since retirement, Craig has endeavoured to inspire young people through coaching. He is also no stranger to television and radio, appearing as a ''Mystery Guest'' on the BBC's ''They Think It's All Over'', performing back flips for Kylie Minogue. His biggest breakthrough in television was being a Judge on BBC One's Saturday night Gymnastics entertainment show "Tumble". He also commentates on gymnastics for Five Live and the BBC covering the European & World championships, Commonwealth Games and both the 2012 and 2016 Olympic Games.

Now, working as Athlete Mentor for the Youth Sport Trust since 2007, Craig had this to say about his role: "I like to give others, particularly young people, the belief that they too can achieve whatever they want to if they put their minds to it and commit themselves 100%. Life is full of opportunities and you have to grab them when you can."

If you are a teacher in Suffolk, it is not too late to book your place onto this free event. Click the following link to reserve your place today : https://bit.ly/2I2QGLw