The impact of RED January 9 months on...

The impact of RED January 9 months on... 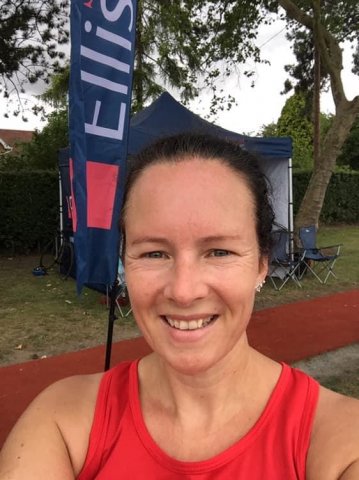 This week we are supporting the Great British Week of Sport which is led by UK Active and aims to inspire the nation to celebrate the power that sport, and activity has on our mental, physical, and social well-being. This week, messages have been aligned to various themes each day to capture the interest of everyone in our local communities. Today celebrates RED Together which is a campaign brought to you by those that created the RED January challenge which we proudly supported earlier this year.

RED January worked to get our nation active everyday in January in an attempt to fight the January blues and increase our physical activity levels. As the Active Partnership for the county, we worked in partnership with Abbeycroft Leisure and Suffolk Mind to encourage people in Suffolk to get involved in the campaign. We shared daily activity ideas and encouraged participants to share their efforts with us in the hope of winning a FitBit provided by the Public Health team at Suffolk County Council.

Angela Soames from Kesgrave, heard about the RED January campaign but after seeing the posts online via Active Suffolk she decided to get involved with the hope that it would keep her motivated during the long, cold month and inspire her to do different types of physical activity. Following the RED January challenge at the beginning of the year, Angela has continued to keep up with regular physical activity and has since signed up as a This Girl Can Ambassador, helping to inspire other women to participate in sport and exercise.

She told us about her experience, how it has impacted on her physical activity levels, how she has tackled lockdown and what she plans next…

"I chose to join RED January as I like a challenge and I knew it would help to keep me motivated during the cold, gloomy days at the beginning of the year!

I'd seen RED January promoted in previous years, but the challenge had always been to run every day which was not for me – I knew I would end up injured. I was really pleased when I found that the 2020 challenge included all types of exercise, so I decided to join in and do it my way.

I challenged myself to run 3 times a week and swim or do a yoga/strength workout on the other days.

RED January helped me to stay focused. I wouldn't usually swim in winter as it's too cold. I would usually put off any other forms of exercise too until later or tomorrow – the challenge really helped me to just get it done.

I managed to maintain my efforts beyond RED January, however during lockdown I had to change my routine. Most weeks I've only run once a week, but I managed to stay active in other ways! I have been decorating, taking my daughter for walks, and getting back into open water swimming, which I had started at the end of last summer.

It was difficult changing my mind set and routine. I had to work on not feeling guilty about not running but reassure myself that it was ok as I was still being active. I've found that I'm really enjoying the swimming in the river and the sea, there's something wonderful about swimming in nature. I leave the water feeling alive.

I have even encouraged some ladies on Facebook that had never swam outside before to join me. We have been going regularly throughout the summer. I've really enjoyed meeting these ladies and watching their progress. This inspired me to set up a Facebook group "The Deben Dipper" so that others can join us. We are not fast, we chat, we float, and we have loads of fun doing it.

Throughout the rest of the year I intend to carry on as I have been, not beating myself up and just doing what I enjoy. I'm also setting my own challenges to keep me motivated."