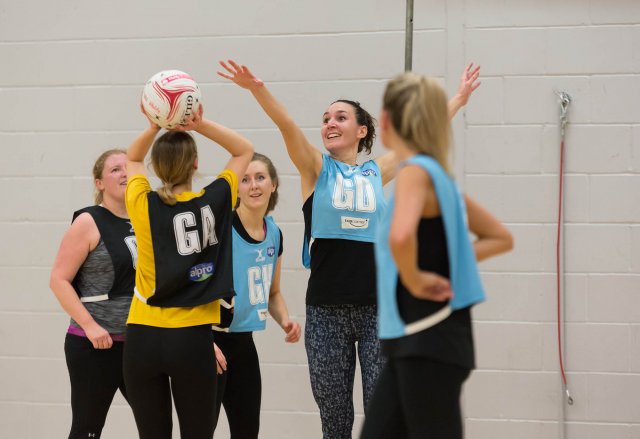 A new satellite netball club is launching next month in Leiston with the aim of helping Suffolk youngsters to become more active.

The club, aimed specifically at 13-19 year old girls, is one of many satellite clubs across the county funded by the Satellite Club Project, supported and delivered by Suffolk Sport. The project was initially launched as part of Sport England's strategy 'Towards an Active Nation' with the aim of increasing the percentage of young people taking part in sport and/or physical activity at least twice a month.

Satellite clubs are designed to bridge the gap between school, college and community sport and focus specifically on the needs of the young people who attend them. They provide enjoyable and convenient opportunities for young people to get involved, and stay involved, in regular exercise. In particular, they are aimed at under-represented groups and since their introduction in 2013, have helped thousands of young people to get active.

The club at Leiston was set up after a consultation with local young people identified their interest in a netball club in the area. The sessions will be hosted at the sports hall in Waterloo Centre in Leiston (previously Leiston Middle School) which has recently been reopened for community use.

Chloe Anderson, Suffolk Netball Development Officer said "It's fantastic to be able to bring netball to young females in the Leiston area, especially as it was the main sport identified by that age group. We have a fantastic facility and coach ready to lead each session and the project is supported by the Suffolk County Netball Association and Satellite Club Funding working in partnership. I can't wait for the sessions to start and see the participants having fun, playing netball and developing their skills and who knows, we could have a future Suffolk England Rose player coming through the ranks in the not too distant future?!"

The sessions will take place every Friday evening 5-7pm during term times starting on Friday 5th October and are free to attend. The sessions are split by age groups; 5-6pm is for 13-15yr olds and 6-7pm is for 16-19yr olds. They are welcome to all abilities, particularly beginners who have never taken part in the sport before.

For more information or to book a place, contact laurasmith272@hotmail.co.uk