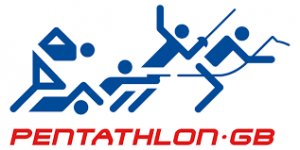 Once again, the Championships will play an important role in ahead of the 2020 Tokyo Olympics with the top 8 athletes in the men's and women's individual finals achieving the qualifying criteria for the Games.

More than 100 leading athletes from across the continent will be in action in Bath. The strength of the field was demonstrated in the women's event in 2015 when London 2012 Olympic Champion Laura Asadauskaite stood on top of the podium with 2008 Beijing Champion Lena Schoneborn taking bronze. France's Elodie Clouvel was pipped to the line to take silver in 2015 before going on to take World and Olympic silver a year later.

Tickets for the event, which will feature men's and women's individual competitions as well as men's, women's and mixed relays, will go on sale shortly. Team Bath's Sports Training Village will be transformed into spectator arenas for all five disciplines, including the show-jumping. There will be interactive opportunities to try the sports involved and other attractions for spectators.