Daniel Sharpe is known by most as Mr Sharpe from St Margaret's Primary Academy in Lowestoft. Mr Sharpe is a PE teacher at the academy and it is clear from his nominations that he did not let the lockdown stop him from motivating and inspiring the young people from the school to be physically active.

Mr Sharpe dedicated endless hours creating videos and activities that children from St Margaret's. He engaged the children by dressing up, creating music videos and he even organised the schools virtual sports days and tournaments for the children to take part in!

His regular posting and inspiring, innovative ideas helped to engage children not only from his school but from the local area too! One parent said:

"Mr Sharpe's video's were sporty, inventive, uplifting and such fun to watch. My daughter isn't even a pupil at his school where he teaches and we have found great joy to watch him throughout lockdown, keeping the kids and adults alike very entertained! #staySharpe"

His regular posting on social media helped keep the children excited about getting involved in his activities. Over time, there was an increase in the number of young people participating in physical activity.

His efforts have been recognised and praised by so many. One parent said:

"He really helped to encourage my daughter to get up and move! He lifted her spirits through funny videos and positive feedback! It had a great impact on her mental health"

In addition to the support and motivation Mr Sharpe provided for his pupils, he also ensured their efforts were recognised by awarding them all with certificates and even presented children with awards. One parent told us:

"Mr Sharpe has worked to keep the kids healthy and active throughout lockdown right up until the summer holidays! The challenges and activities have always been fun for the whole family. At the very end of it all, he made sure all kids involved got certificates which was really appreciated!"

Well done to Mr Sharpe and congratulations... As if he was not busy enough, he also became a father during lockdown!! 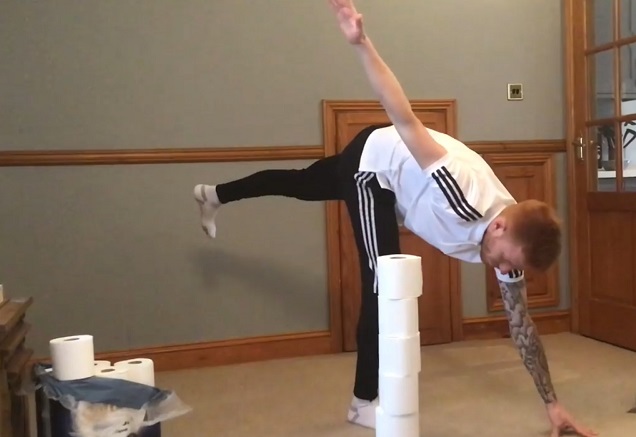