As the name suggests, it's tennis... on a table. You can play singles or doubles and use bats to hit a light ball over the net and onto their opponents side of the table.

An Overview of Table Tennis

Players must allow a ball played towards them only one bounce on their side of the table and must return it so that it bounces on the opponent's side. It demands lightening fast reactions! The sport is played for fund and competitively across the world. There are opportunities to play in clubs, sports venues and youth centres across the country.

Table tennis is suitable for every age and fitness level, and it's easy to find a place to play - with tables everywhere from parks to leisure centres, bars and shopping centres. You can even play at home - all you need is a ball, bats and a table.

One of the main benefits of playing table tennis is that it is non-contact. It is also one of the few competitive sports that requires players to move at speed without straining the muscles or joints through stretching or using heavy equipment. For people returning from injury or the elderly, table tennis tennis can be the perfect sport to sustain fitness levels. The action of having to hit a fast-moving ball with a bat several times a second means table tennis also improves reflexes, eye-to-hand coordination, mental alertness and speed of movement.

Table tennis is a cheap and accessible sport played. Table tennis equipment, such as bats and ping-pong balls, can be relatively inexpensive to buy, with some leisure centres and clubs also offering a rental service. Hourly rates for hiring a court often begin at approximately £5 per session, although membership deals can create a lower cost per game.

Find Table Tennis Activities Near You 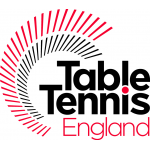 Ransomes Sports Pavilion is a community sports centre that is also available for event hire.

Ipswich Sports Club For The Disabled

We are the largest table tennis club in the Ipswich area, offering a coaching and development programme for young players, and organised social, league and tournament play for every standard and age group.

This is a club of about 100 members providing table tennis for all ages, gender and abilities at a social or competitive level. Details of sessions may be found on club website.